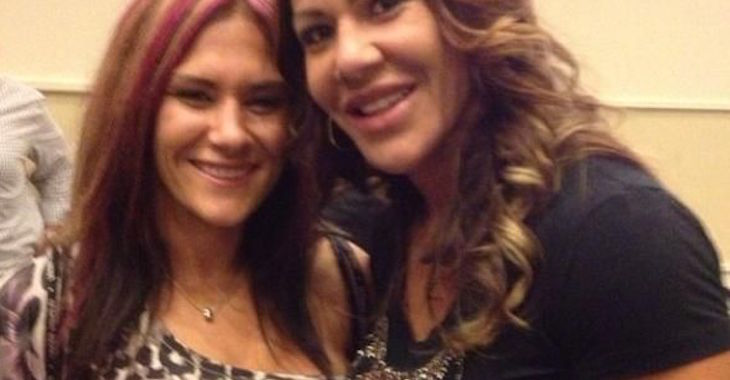 Ronda Rousey’s dream fight with Cris “Cyborg” Justino would sell out almost any stadium the UFC decided to put it in, granted the fight ever happens.

“Cyborg” is the true powerhouse of the women’s featherweight division in Invicta FC. Just like Rousey has in the UFC, “Cyborg” has destroyed every opponent put in front of her in the cage. Just when it seems like the perfect time for the champions’ paths to finally cross, there is one big barrier that needs to be hurdled: Weight.

“Cyborg” towers her opponents and has to drop a lot of weight just to make the 145 limit for her title fights in Invicta FC. Rousey has no interest in moving up to featherweight and has ruled out a catchweight bout, leaving “Cyborg” no other choice but to drop ten MORE pounds to make the super-fight a reality.

Check out this picture of “Cyborg” standing next to UFC bantamweight Cat Zingano! Dana White has mentioned he offered “Cyborg” a UFC fight at 135. Could she be standing next to her first opponent in THE octagon? Do you think “Cyborg” will ever be able to make 135? Share your thoughts in the comment section below!