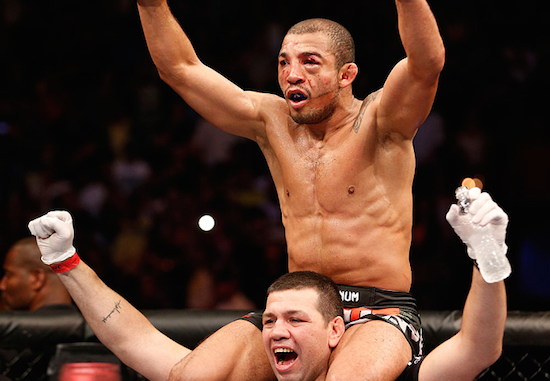 Over the weekend the UFC bus returned to Brazil with UFC 179.

UFC featherweight champion, Jose Aldo proved his spot among the world’s top P4P fighters, while cementing himself among the sport’s historically great champions.

As usual one already and barbecue to celebrate our victory !!! I’m the greatest #hotwhey #tnt #venumteam #nu #cears

Toughest guy I've fought so far. It was a pleasure to fight carlos diego ferreira. I'm sure we will do… http://t.co/QKMglc97jA

"I wanted to come back here, dominate and prove myself as a fighter." @NeilMagny #UFC179 pic.twitter.com/3GGvy4qgM4

Idk why, I just really like this picture. pic.twitter.com/sTXUg6XLWT

"It has always been a dream to come to Brazil, show my Brazilian jiujitsu, that's what happened today."@TMartinMMA pic.twitter.com/vXDs91bNq1