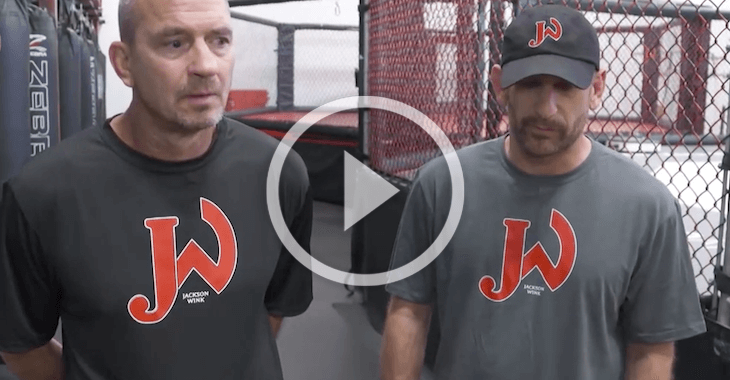 Former UFC light heavyweight champion Jon Jones is still out and everyone still has no idea if or when he’ll come back.

Jones was stripped of his title and indefinitely suspended after he was arrested for an alleged hit and run, involving a pregnant women. Jones allegedly fled the scene after crashing his car.

Police couldn’t locate him for nearly 24 hours, then he eventually turned himself in. Recent news has shown that his legal team might be positioning him for a plea deal.

In a recent clip from Inside MMA, we hear from Jones’ coaches and they give an update on Jones’ career, saying he still has plenty of things to take care of before thinking about fighting.

‘Friday on “Inside MMA” a look at the brand new facilities of JacksonWink MMA in Albuquerque. In this clip Kenny Rice gets an update on former LHW champ Jon Jones.’