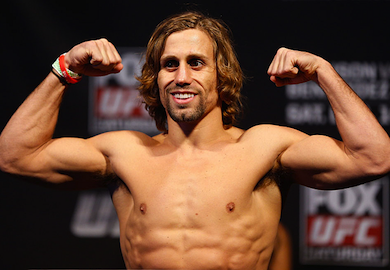 Urijah Faber, for whatever reason, has always received criticism from people questioning why he’s always on the cusp of a title shot.

While it is curious that “The California Kid” seems like he is always one win away from fighting for the championship, it has always been within reason.

Taking into consideration that Faber’s only losses in the UFC were against champions, it’s easy to see why the UFC brass are always throwing his name in the mix for bouts with title implications. Since those losses, Urijah Faber has been on a tear and is currently riding a four fight win-streak.

Dana White shared his thoughts on the criticism Faber received for always being in the mix. “Faber is in this Vitor zone right now where the older he gets the better he gets… it was a great performance.” He continued, “I see a lot of people saying ‘They’re looking for excuses to give Urijah Faber title shots.’ You can’t deny it now. You can hate, you can dislike the guy you can do whatever you want— you can’t deny it now.”

When asked if his victory over Michael McDonald at ‘UFC on FOX 9’ put him in the mix with guys like Dominick Cruz and Renan Barao, Faber responded, “I think so. I would love to fight either of those guys.”