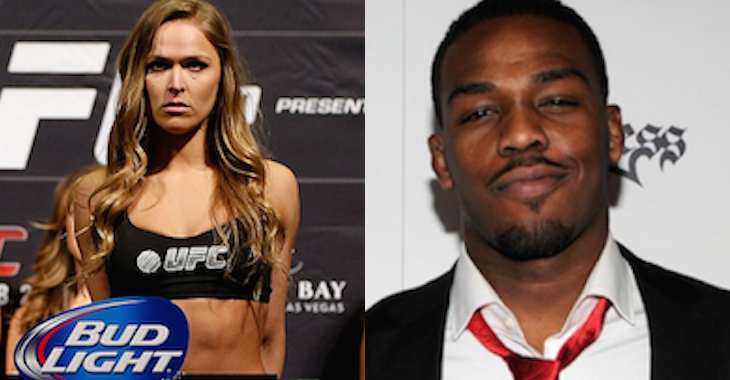 “With great power comes great responsibility.” Both Jon Jones and Ronda Rousey became champions at a young age, but Rousey has been able to juggle the responsibilities that come with the role better than “Bones”. UFC President Dana White admires that and hopes that future fighters learn from Jones mistakes and follow Rousey’s path.

“I said a long time ago: Whenever somebody wins the belt at such a young age and the money and the fame that goes along with it, it’s going to be a tough ride,” White explained to Michael Landsberg of TSN’s “Off the Record”.

There are several fighters walking into the octagon who need a role model to look up to and Ronda Rousey is a great one. She is somehow able to manage a career in the octagon along with a career in Hollywood. However, you can leave it to somebody like Paige VanZant to make a path of her own.