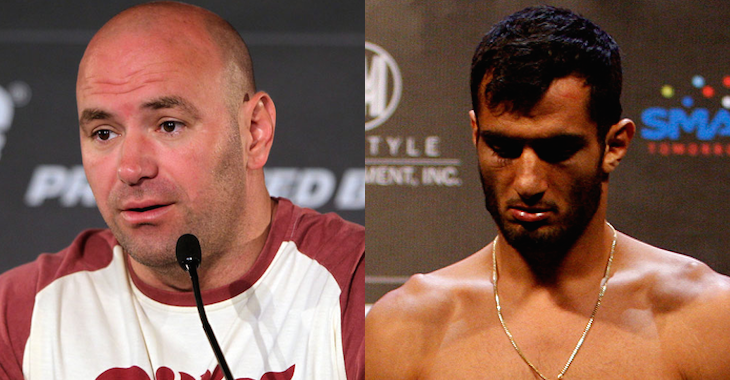 UFC middleweight Gegard Mousasi is coming off of a victory over Costas Philippou this past weekend at “UFC Fight Night 66” and he is looking to get back into the octagon as soon as possible. With the recent announcement that UFC will be making their return to Japan in September, Mousasi jumped at the opportunity to fight on the card.

Mousasi issued an open challenge which was answered by… Dana White? The whole interaction was a big misunderstanding, but it was entertaining to say the least! Check out their conversation below!

Who would like to see me fight in @ufc Japan in September & against who? It would be an honor to return to my fans in Japan. @danawhite

@danawhite @ufc Can't do that, Boss. I like U too much. But let's make a nice fight for the Japanese fans. It is time for my return there.

@mousasi_mma @ufc LMFAO, I said see u fight in Japan NOT fight u in Japan!!!

@danawhite @ufc I realized that after I read your following text. Twitter confusion struck again. hehe

This may just be the most emotion that Mousasi has ever shown. Who do you want him to fight in Japan? Share your thoughts in the comment section below!