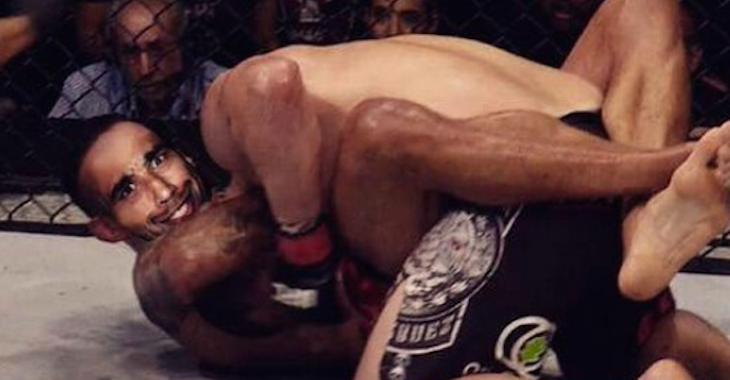 Fabricio Werdum may go down as one of the best heavyweights to ever step foot in the octagon, but he could also be one of the most entertaining as well. During press conferences and media appearances leading up to his fights, Werdum always finds the perfect moment to sneak in his patented “Werdum Face” to lighten the mood a bit.

Werdum has finally revealed the origin of the face, and it’s more “serious” than it is funny. “That face comes from watching ‘Batman’ movies when I was a kid,” Werdum told MMAJunkie. “I wanted to make a face like that of the Joker. I always tried to do it, but it never came out right. So I ended up making the face you always see. We call it my ‘happy face.’ Everyone laughs about it. It’s definitely based on the Joker.”

Why so serious, Fabricio Werdum? Who do you want to see him defend his newly won heavyweight title against first? Share your thoughts in the comment section below!