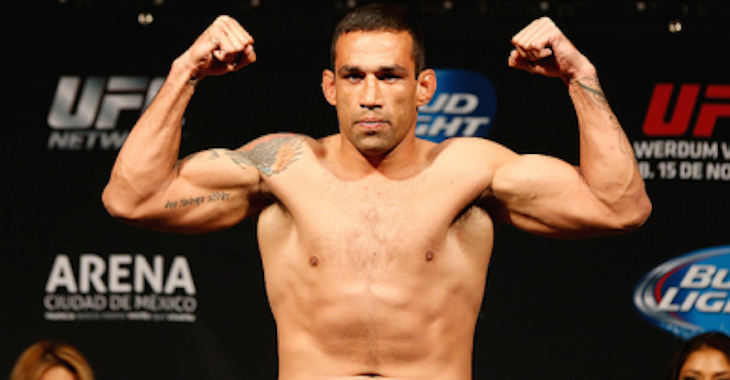 Fabricio Werdum is hoping to cash in that interim UFC heavyweight title for a unified belt this Saturday in Mexico City.

First, he has to beat the champ Cain Velasquez, who has only lost once in his career, suffering a quick KO loss to Junior Dos Santos. Werdum is on a 5-fight win streak and brings a lot of positive momentum into the octagon, but a lot of people still see Velasquez as one of the pound-4-pound best and might not be giving the interim champ the credit he feels he deserves.

While talking to MMAJukie, Werdum said that even if the fans and media aren’t behind him, he still knows what he can do, and that’s all he needs.

“Of course, I want to leave my mark on the sport. Of course, I want to leave a legacy. I want people to talk about how Werdum was the guy who defeated guys like Fedor Emelianenko, Cain Velasquez, Mark Hunt and ‘Minotauro’ Nogueira. I fight to be a winner. I enjoy my sport, my profession. I fight to win. I fight for myself and to show my fans that I can do it. It’s hard to find a job you always enjoy. Most people work jobs they don’t like because they need the money. I’m fortunate enough to work in something that I love. And to be remembered as a great champion is highly rewarding, to be recognized in that way. I want people to know I can win even if no one believes in me.”