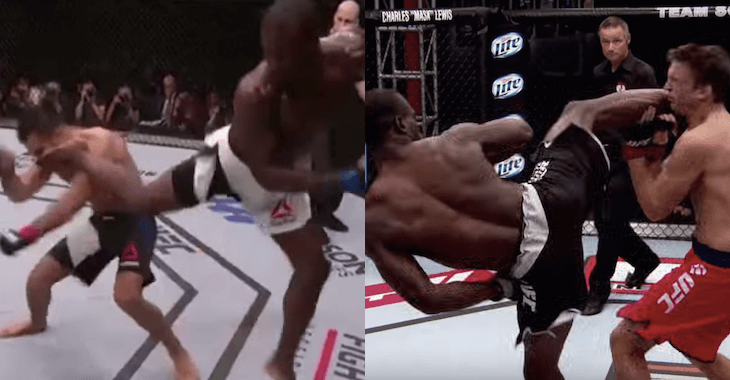 Uriah Hall got the attention of the mixed martial arts community in 2013 when he produced one of the most vicious knockouts in the history of “The Ultimate Fighter”. Team Sonnen’s Hall sent Team Jones’ Adam Cella to the mat with a spinning heel kick that Dana White said was the best knockout in the show’s eight year history. Check out the video below!

Hall went on to ultimately lose in the finals of the tournament and struggled to live up to the hype surrounding him. He gathered a record of 3-3 before finally finding his footing in August when he knocked out Oluwale Bamgbose. Hall was asked to face Gegard Mousasi on short notice at “UFC Fight Night 75” and made the most of his opportunity in Japan; Hall knocked Mousasi out with an amazing spinning heel kick/jumping knee combination!

Which knockout reigns supreme? They are both amazing highlight reel knockouts, but which one do you think Hall should be more proud of? Share your pick in the comment section below!