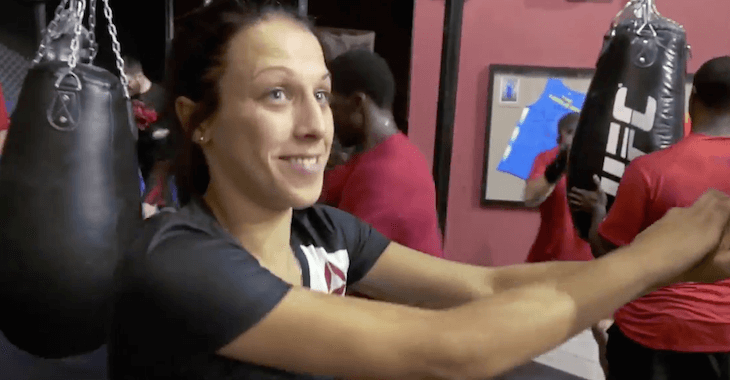 The UFC welcomed the NBA’s Detroit Pistons to Las Vegas, where they sent some of the best UFC fighters to help train the basketball players ahead of the start of their season.

Before that, UFC fighters went to workout with the Pistons on their turf, so now it was time to return the favor.

The team worked out at the TUF gym with fighters like Luke Rockhold, Kevin Lee, Forrest Griffin and strawweight champion Joanna Jedrzejczyk, yes, Joanna worked out with NBA players, that must have been pretty hilarious to see.

‘Watch as players from the NBA’s Detroit Pistons take in MMA-style training from top UFC stars like Joanna Jedrzejczyk, Luke Rockhold, Forrest Griffin and others.’