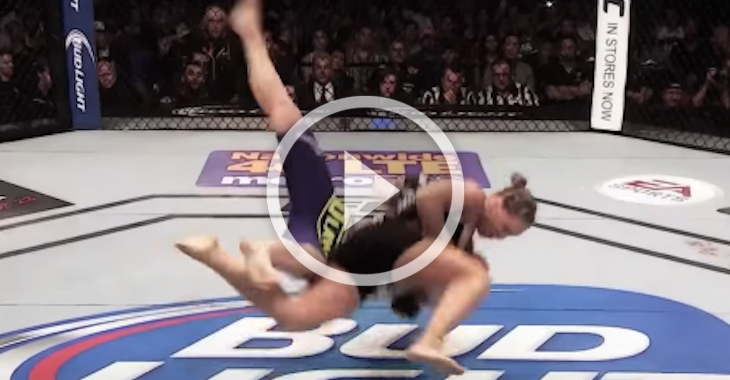 The world was rocked when it was announced that Ronda Rousey would be defending her UFC Women’s Bantamweight Championship against Holly Holm at “UFC 195”. “Rowdy” was expected to face Miesha Tate before hand, but UFC officials felt as if fans would be more interested in a bout with the kickboxing champion instead. Regardless of who deserves the fight, the contract has been signed and Rousey is officially facing Holm.

Check out this fan-made promo video to get hyped for the fight! It’s not for a few months, but there’s no such think as getting hyped too early! Who do you think will walk out of he octagon with the gold? Does Holm have a shot? Share your predictions in the comment section below!