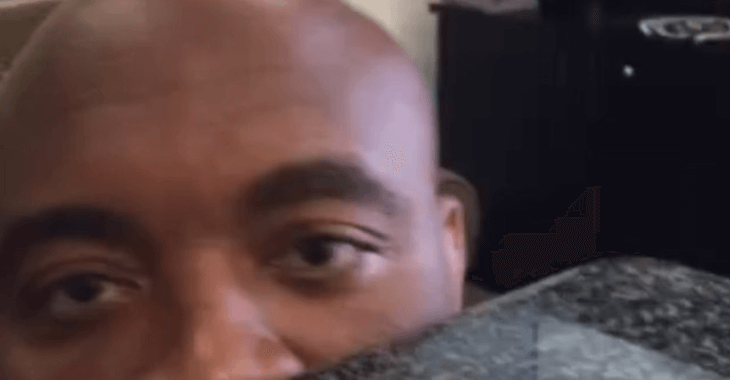 Former UFC middleweight champion Anderson Silva is currently serving the rest of his suspension, stemming from his failed drug tests back at UFC 183, when he fought Nick Diaz.

He’ll be out a little while longer and it looks like he might be getting a little antsy, or crazy.

Silva is a very eccentric guy and always drums to the beat of his own drum, but still, what the f*@ck is going on in this video?

Silva took to Instagram to share a video of himself poking his head up over the table, then slowly disappearing and reemerging on the other side. It’s odd yes, but, never mind I don’t have a but, it’s just weird.