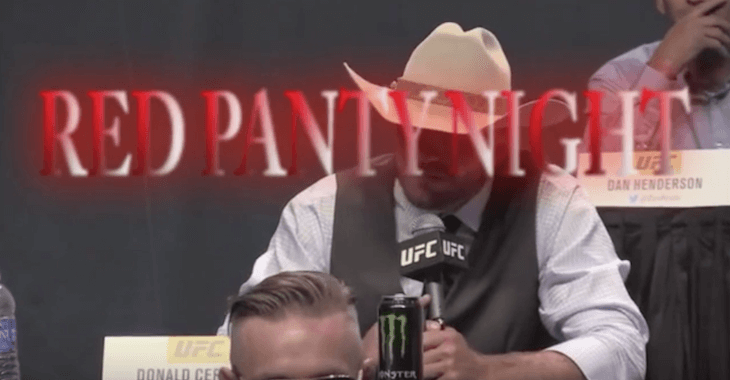 Last week, on Friday, the UFC held a ‘GO BIG’ press conference to announced their upcoming lineup of events.

All the UFC’s biggest stars were in attendance, including Ronda Rousey, Jose Aldo, Daniel Cormier and many more.

However, the only person anyone was talking about after the event ended was ‘The Notorious’ Conor McGregor, as is the case whenever he’s apart of anything.

Now, because the internet is a crazy place, we have this new ‘remix’ of Conor McGregor’s soundbites, plus a feature spot from Donald Cerrone.