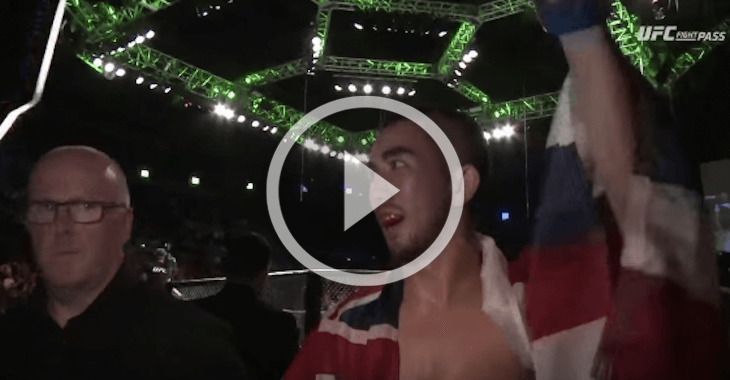 When Louis Smolka signed on to fight Paddy Holohan at “UFC Fight Night 76” weeks ago, he was scheduled to fight in the second main card fight of the night. Co main-eventer Stipe Miocic and main eventer Joseph Duffy came down with injuries that forced them out of the card which led to flyweights Smolka and Holohan headlining the major Dublin show!

The fight may not have played out exactly how the crowd in attendance wanted it to, but Louis Smolka picked up an upset win that happened to be the biggest of his career! The Hawaiian native is now riding a three fight win streak and is showing the powers that be that he may be ready to take a step up in competition.

Check out what Smolka has to say about his win, the crowd, and his future in the octagon in the video above! Who do you think should be next? Share your thoughts in the comment section below!