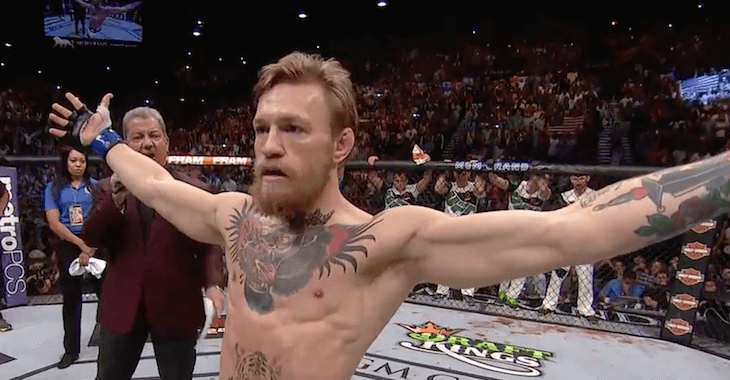 UFC middleweight Luke Rockhold is getting pretty tired of Conor McGregor’s trash talk. He recently went on a radio show and called the Irishmen an ‘anorexic leprechaun’ and then he went on FOX Sports 1 and fired off a few more shots at the interim champ.

The upcoming middleweight title challenger is simply getting sick of hearing McGregor talk so much, he even cited the recent ‘GO BIG’ press conference, where McGregor basically took over the show and called out just about all of the fighters on stage with him.

‘Luke Rockhold thinks Conor McGregor may need to calm down a bit on the trash talking.’