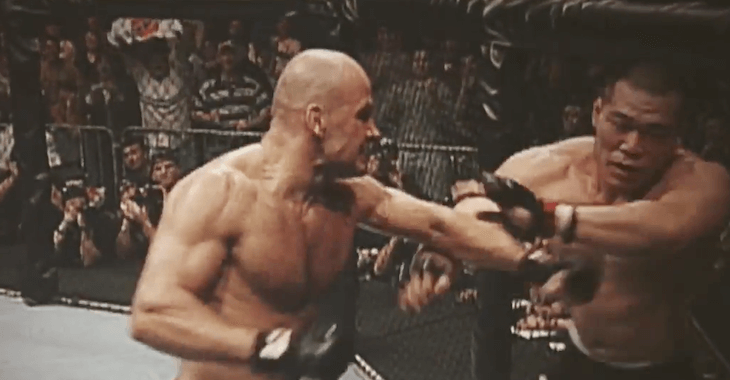 Check out the clip below, chronicling the career of MMA legend Bas Rutten. The MMA pioneer was one of the first real mixed martial artist in the sport and was a three time king of pancrase as well as a UFC heavyweight champion.

He was truly one of the first big names in the sport and has gone on to become an excellent analyst and commentator.

He was also recently inducted into the UFC Hall of Fame.

‘UFC Hall of Famer Sebastiaan “Bas” Rutten is a true MMA pioneer. A kickboxer who was recruited to compete in the original Pancrase event in September 1993, the Dutchman not only became perhaps the biggest star in Pancrase history but also capped off his career by switching to the Octagon and winning the UFC heavyweight title.’