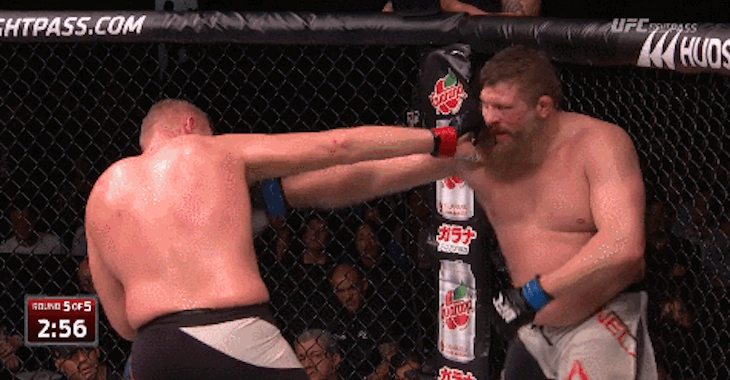 Josh Barnett and Roy Nelson left it all in the octagon at “UFC Fight Night 75” when they slugged it out at the Saitama Super Arena. Barnett was hoping to exhaust Nelson within two rounds so he could take him down at will and eventually submit him, but Nelson proved to be a game opponent by landing some unexpected shots of his own.

While some of Nelson’s offense was impactful, he let out a series of jabs in the fifth and final round that brought a smile to some fans’ faces rather than bringing them out of their seats.

Barnett somehow endured the barrage of punches you saw above to ultimately pick up the unanimous decision win. What do you think is next for Nelson after losing three in a row? He may not be a contender for the UFC Heavyweight Championship right now, but he ALWAYS puts on an entertaining fight. Share your thoughts on who he should face next in the comment section below!