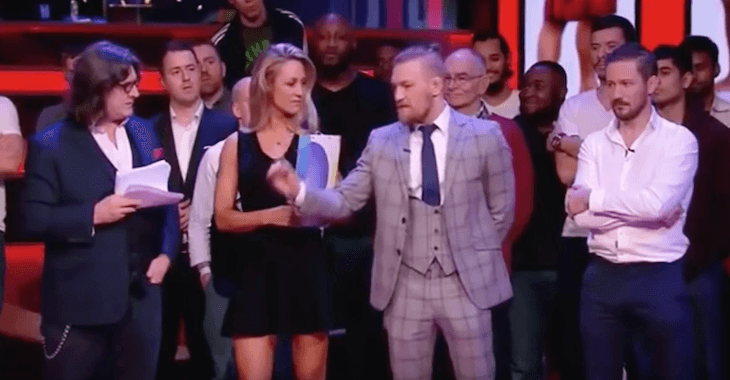 Conor McGregor is back home, in Ireland, so there’s a chance we won’t be seeing much of him until UFC 194 gets closer. Chance, but not likely.

The UFC gets this guy to do anything and everything to promote fights. Just put him in front of a camera and let him talk, that’s basically the UFC’s marketing strategy.

Check out the clip below of McGregor and his coach on the show, ‘Beyond The Octagon.’

They stand and watch as Karate demonstrators perform certain techniques. It’s not unusual to hear Karate practitioners yelling out when they strike, but it’s still pretty funny to watch.

Then McGregor tries to talk about his style and MMA forgetting about the true mixed martial arts and so on and so forth.