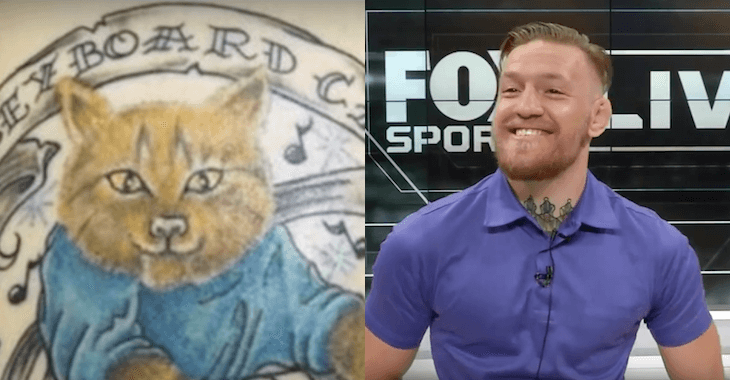 Is there a tattoo UFC interim featherweight champion Conor McGregor wouldn’t get?

In a ne video, the UFC 194 fighter broke down different tattoos, giving his take on them. The Irishmen talked about Mike Tyson, Lil Wayne and Gucci Mane’s face tatts as well as a few other out there tattoo ideas.

Surprisingly, McGregor didn’t bash any of the tatts, and provided unique insight on why he thought some of them were pretty cool.

He liked the Keyboard Cat tatt and the hot dog man ink. So, maybe we’ll see McGregor rocking a new Keyboard Tatt in the near future. Maybe?

Anyway, it’s clear McGregor’s a fan of ink, no matter what it’s of.

‘As UFC 194 nears, tattoo enthusiast Conor McGregor reviewed a variation of tattoos that have gone viral on the internet. Some of his answers will surprise you!’