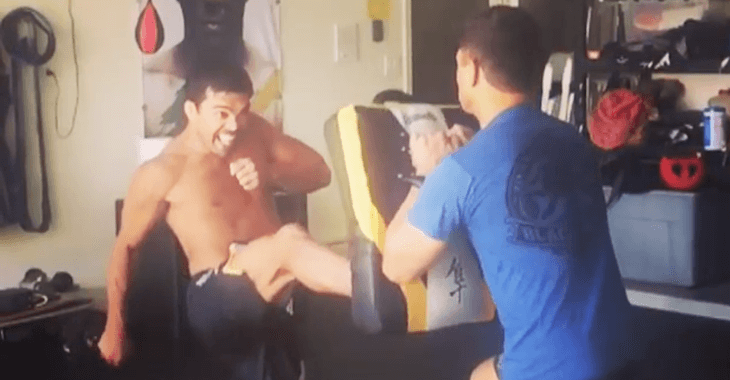 Former UFC light heavyweight champion Lyoto ‘The Dragon’ Machida doesn’t have a fight booked yet and actually said recently that he’ll probably be taking a little bit of time off to recover and rest up following two straight brutal losses, to Luke Rockhold and Yoel Romero.

While he’s on the sidelines he’s still staying busy in the gym, looking to get back into championship form.

Check out the video he posted below, where he’s practicing some kind of strange technique where he’s on his knees and fires off a front kick without lifting his other knee off the ground.

Oh, and he filmed in slow-motion, with makes it so much better!