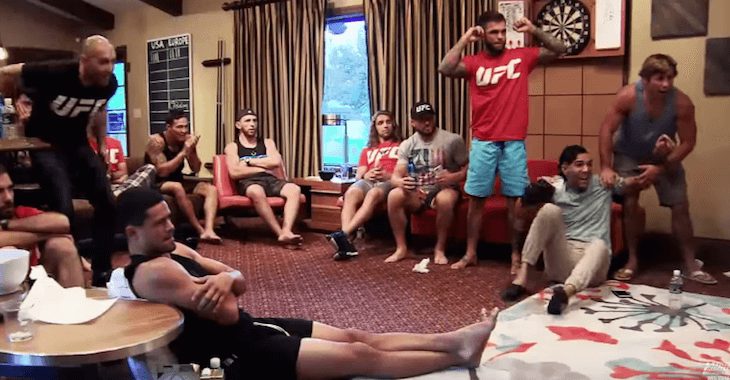 Conor McGregor is trying his best to start an in-camp rivalry between UFC Bantamweight Champion TJ Dillashaw and “The California Kid” Urijah Faber, but it looks like all is well in Team Alpha Male!

The coaches from Team Faber show up to treat the guys in the house to a night watching FOX UFC Fight Night from Chicago as T.J. Dillashaw successfully defends his bantamweight title against former champion Renan Barao

Do you think Dillashaw is a “snake in the grass” as McGregor claims he is? Share your thoughts in the comment section below!