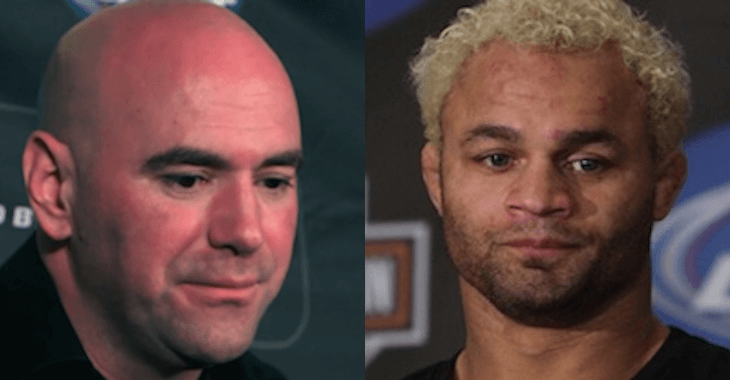 UFC president Dana White appeared on FS1’s new show, ‘The Herd’, and talked to host Colin Cowherd about a ton of different topics, from his issue with the mob in Boston, to Rousey vs. Mayweahter and of course Conor McGregor.

The president also talked about almost getting into physical altercations with fighter. He says he’s gotten into with Phil Baroni and recently former UFC fighter Josh Koshcheck. He’s asked if he’s gotten into physical altercations and he gives those names, but it may just be him meaning that he’s come close. Cause let’s be honest, if these guys got into it with Dana, we would probably be able to tell.

Check out the video!

‘Dana White discusses some ‘arguments’ he’s had with fighters.’