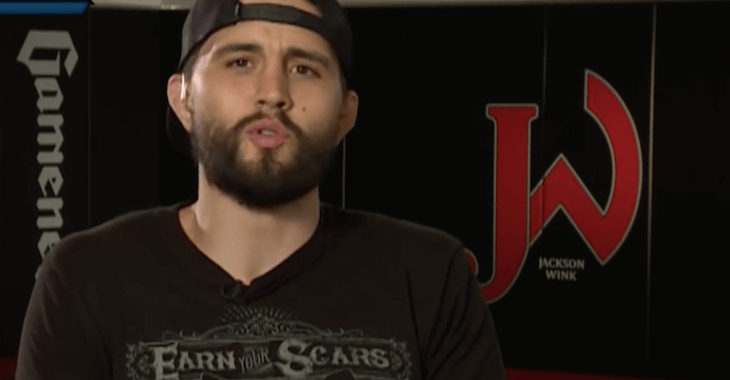 UFC welterweight and upcoming title challenger Carlos Condit is preparing to take on the champ, Robbie Lawler, at UFC 195 on Jan. 2.

Condit is coming off a crazy win over Thiago Alves, where he busted his nose so bad the doctor stopped it. Lawler is of course coming off of an amazing war with Rory MacDonald at UFC 189. The two went back and forth until Lawler stopped MacDonald in the fifth round.

Here’s Condit talking about how much he enjoyed watching Lawler and MacDonald duke it out.

‘With the fight now scheduled for January, Carlos Condit talks about his title shot with Robbie Lawler and a possible rematch with Nick Diaz on Inside MMA.’