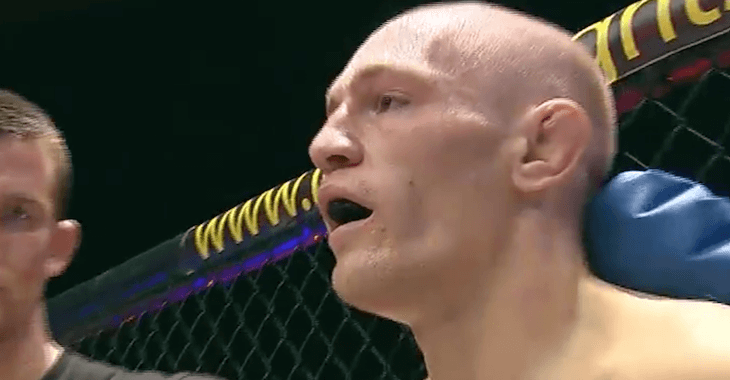 UFC interim featherweight champion Conor McGregor is still a young guy, only 26 years old, and already he’s at the top of the sport.

On Dec. 12 he’ll look to solidify his greatness by taking out the true champion Jose Aldo at UFC 194.

They were of course scheduled to fight at UFC 189, but Aldo had to pull out, something McGregor has yet to let him live down.

Check out this flashback of McGregor, from 2012, where he won his first title in Cage Warriors. Then he jumps out of the cage and runs into he crowd. Hmmm seen that before!