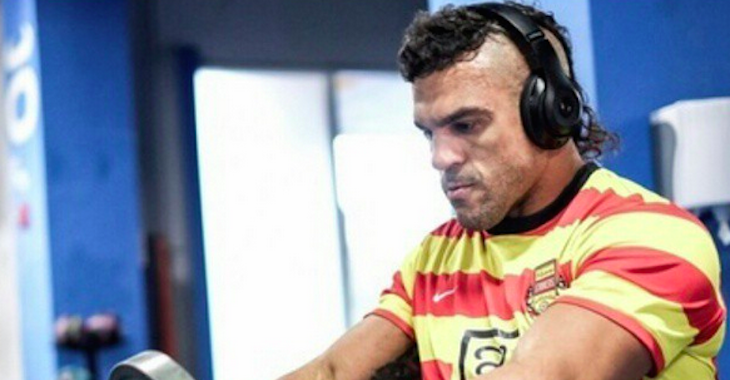 Vitor Belfort is back! Belfort is looking strong in the gym as he prepares himself to take on UFC Middleweight Champion Chris Weidman at UFC 187.

Belfort and Weidman were originally scheduled to fight at UFC 173, but the commission’s ban of testosterone replacement therapy forced Belfort to pull out of the fight. Again, the fight was rescheduled to UFC 181 but Chris Weidman pulled out of the bout because of a hand injury. Now, both fighters are feeling good and the fight is official for UFC 187.

To be 100% ready for the fight, is essential to work on your strength condition and prepare each fiber for the knockout. #workout #fight #gettingmythirdbelt