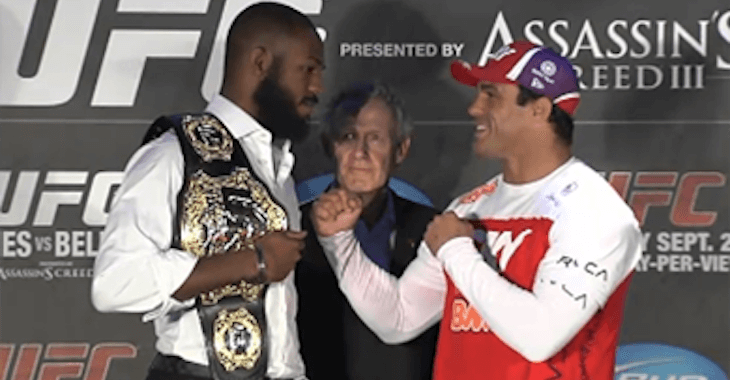 Vitor Belfort has been fighting professionally since 1996, and is widely believed to be not only a pioneer of the sport, but a legend.

While many have criticized Belfort in recent years for his TRT usage, the techniques and knockouts he has performed in the Octagon weren’t magical gifts he gained through TRT.

Prior to his UFC 152 title shot against Jon Jones, Belfort’s drug test raised some red flags the UFC cleared him to compete anyway. Only several months ago was it discovered that the UFC knew of Belfort’s potentially sketchy drug test results. ‘The Phenom’ has dodged questions in regards to the drug test over the years, however in a recent interview on Inside MMA he opened up.

“I was starting my treatment and I had an approval of my doctor and with the UFC, so, they need someone to step into the fight. I offered myself. I shared all my tests, my exams with them, and one went public, I think they shared my privates, but everything got approval.”

“I never hide anything from anybody. You know the media. I’ve always received them in my house, I receive them very open, I talk about it and I never try to handle anything. I shared everything I knew, so, in that fight I got approval from the UFC, the commission, you know? I had everything set. I came with no training for a fight with Jon Jones, I almost submitted him in the fight.