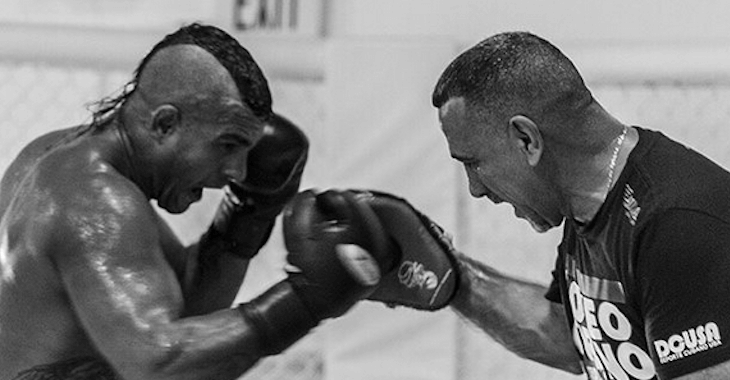 Vitor Belfort is getting ready for one of the most important fights of his storied career at “UFC Fight Night 77” when he collides again with Dan Henderson. Belfort will be making his way back to Brazil for the first time since his 2013 win over “Hendo” that earned him a shot at the UFC Middleweight Championship.

Belfort was ready to prove he was still championship material at thirty-eight years old when he stepped into the octagon to challenge Chris Weidman at “UFC 187”. Weidman had other thoughts, though, and took Belfort to the ground where he absolutely dominated the fight. Belfort tried his best to make it back to his feet, but Weidman was able to hold him down and implement some brutal ground and pound. Belfort was given every chance to recover, but the referee was forced to save him and wave off the fight less than three minutes into the first round.

“The Phenom” knows he has to rebound in fantastic fashion during his fight with Dan Henderson in November. The two have met in the octagon twice before, both possessing victories over each other. Check out what kind of shape Belfort is in walking into the octagon!

To be a champion, you gotta make it happen. Victory is achieved when you believe in yourself. If I can be a winner, so can you. #faith #teambelfort #OTBFight

Will Belfort maintain this shape after his weight cut? Will he pick up the win over Dan Henderson? Share your thoughts and make your prediction in the comment section below!