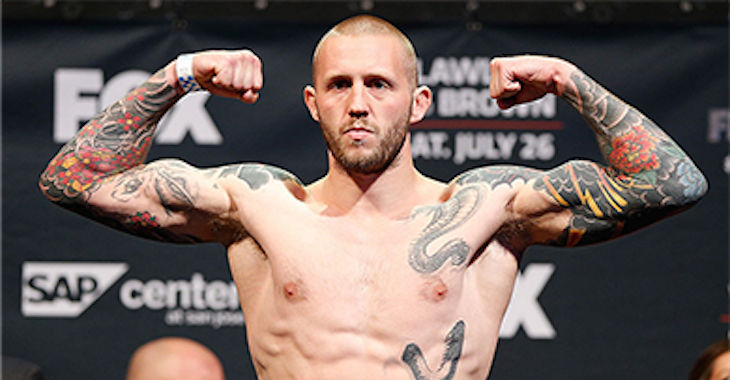 Viscardi Andrade was most recently seen in action at UFC Fight Night 36 in February of 2014, where he suffered a unanimous decision loss to Nicholas Musoke. Prior to the setback, Andrade had put together a seven-fight win streak, which included five finishes to his credit.

Meanwhile, Andreas Stahl made his octagon debut at July’s UFC on FOX 12 event, where he suffered a unanimous decision loss to Gilbert Burns. Prior to the setback, the 27-year-old Swede had put together 9 straight victories on the regional circuit, which included three wins by TKO.

Who do you have winning this welterweight tilt? Sound off Penn Nation!