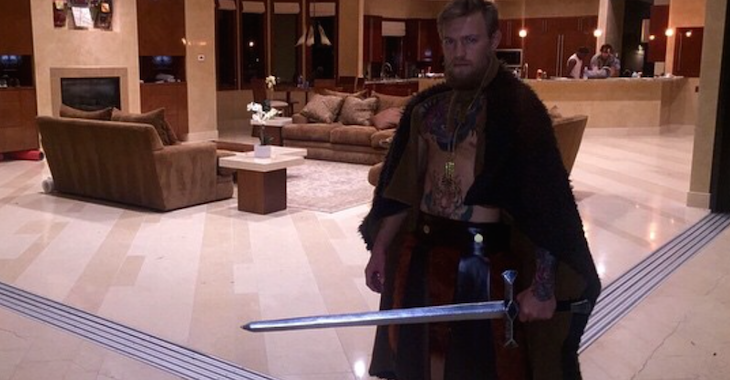 Jose Aldo released a novel, I mean statement, about his rib injury and pulling out of UFC 189. In the statement he also took the time to throw as many jabs at Conor McGregor as he could. Including, that the Irishmen is simply ripping off one of the characters from the History Channel’s ‘Vikings’ show.

Now, one of the actors from the show, Clive Standen, has responded to those claims by Aldo and sent this message out on Twitter.

Aldo,@TheNotoriousMMA is no imitation.He's cut from the same cloth! We #Vikings all look forward to seeing his coronation!