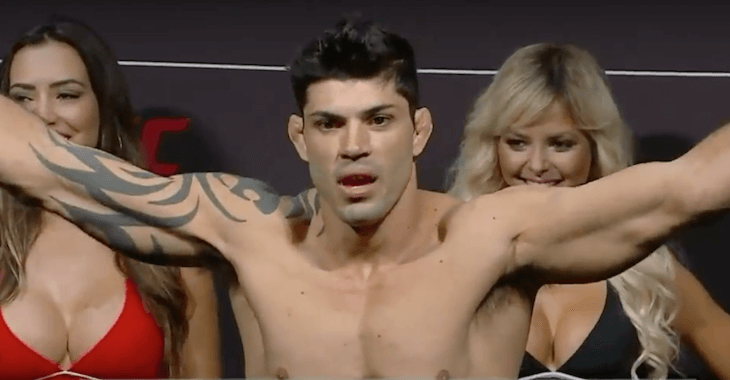 Round one was not very eventful, as both me struggled to get comfortable and find their range. Andrade landed the better strikes, as the powerful Russian struggled to land his respective punches.

Round two began much how round one ended, with Andrade landing the better shots. Not a lot of action until the midway point of the round where Andrade finally got comfortable and began teeing off with knees and punches. Umalatov continued to try and land his power shots, but still struggled to connect with Andrade.

Round three and Umalatov is clearly aware that he is down two rounds on the judges scorecards. The Russian was able to land a spinning kick but Andrade was able to shake it off. Gasan was pressing forward but was clearly tired and fading. Andrade continued to use his range to land shots. A big shot landed from Umalatov in the final seconds which dropped Andrade. Umalatov came in hard but was unable to finish the Brazilian native.