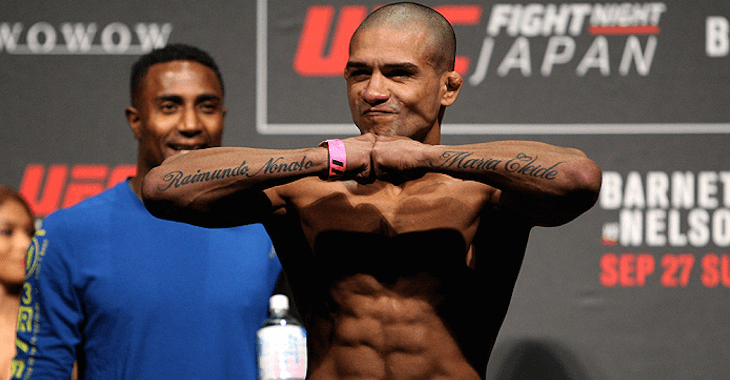 This fight stopped almost as soon as it started.

Brandao came out with a huge punch that barely missed, but it was a foreshadowing of what would land soon after. Brandao then landed a a massive shot that sent Kikuno down. Brandao rushed in and Kikuno managed to get to his feet but Brandao was all over him.

Kikuno tried to clinch but Brandao literally just threw him off and to the mat. Brandao rushed after him and came up behind him, landing a huge punch with Kikuno’s face up against the cage. From there Brandao just started teeing off until the referee stepped in and stopped it. WOW!