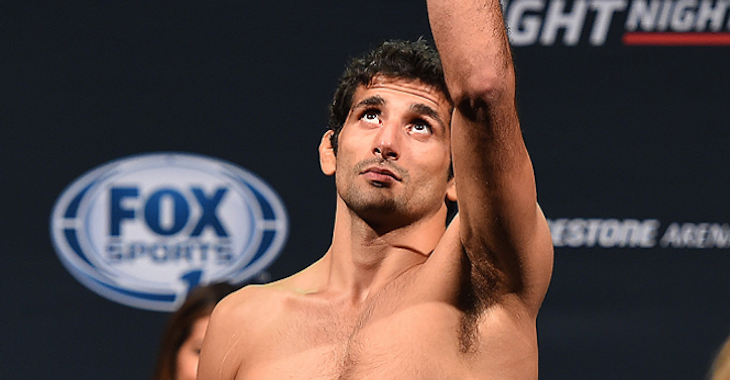 Moments after that Johnson drops Dariush with a counter, but he pops right back up to his feet. Johnson stays on him, but stays patient. He landed another big counter. Dariush landed a body kick and looked to have recovered by the end of the round.

Dariush lands a nice knee to the body in the second round. They exchanged and Johnson got the better of it. Dariush tries for a flying knee, but missed. He tried the flying knee again but got cracked with a counter left from Johnson. Dariush landed with a body kick. Johnson kept landing with punches, Dariush went for another takedown but Johnson again shut it down. Dariush could not get the fight to the ground and Johnson continued to land punches.

Johnson’s confidence was on full blast in the third. He looked to land big punches and had no issues sprawling Dariush’s takedowns. In the third Dariush did began to land more punches. With about a minute left they turned up the pace. Johnson landed big but Dariush stayed in there and landed his own shots.