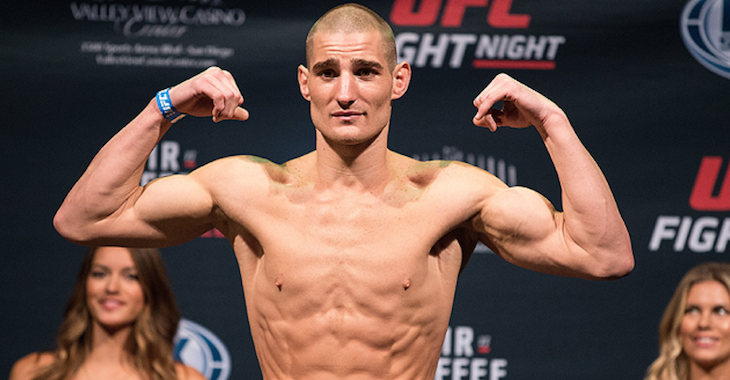 The FOX Sports 1 prelims kicked off with Igor Araujo vs. Sean Strickland.

Both fighters started very calmly. Igor landed first with a few kicks to the body and leg. Strickland landed with a combo that looked like it staggered Igor. Moments later Strickland took the fight to the ground.

Strickland landed big punches and kept landing. It looked like Strickland had Igor hurt and the fight might be stopped, but somehow Igor managed to survive the onslaught. Strickland kept the pressure on, in position. Strickland clearly won the first round.

In the second, Igor looked for a takedown early. He clinched Strickland on the cage shortly, then they broke away. They clinched again shortly after and Strickland pushed Igor to the cage. They broke away. Igor threw a body kick and Strickland caught it and took the fight down. Strickland kept top position and postured up, started landing big punches. He dove down into Igor’s guard and tried to land a overhand punch. The round ended.

In the third and final round Strickland kept the pressure on. He moved forward, eventually getting the takedown early. Igor got to his feet and broke away. Strickland landed a nice one-two that backed Igor up. Igor tried for a fancy spinning kick but missed. Igor landed a few body kicks, but Strickland continued to land jabs and straight rights.