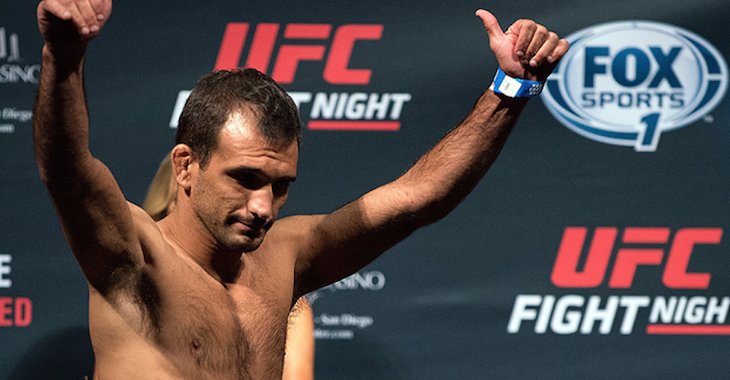 Yahya came out on fire. He threw what looked like a flying knee, then went right into a takedown. He got Kanehara down against the cage. Kanehara worked hard to get up, but Yahya kept him down. Kanehara eventually got to his feet, Yahya kept position and tried to jump on his back. He gave that up and went back to the clinch. He kept Kanehara on the cage, then took him down again. Kanehara again got to his feet, then again got taken down. This time Kanehara reverses and gets into Yahya’s guard, then stands up. Yahya lands a few nice punches, then goes for another takedown. Yahya kept top position until the round ended.

In the second Yahya landed successfully with a few combos early. Kanehara was moving forward with his chin straight up in the air. They clinched briefly and Yahya grabbed his neck and pulled guard, going for a guillotine. Yahya was pressed up against the cage, not able to get the leverage he needed. Kanehara got free worked from Yahya’s guard. The referee stood them up after a lack of action. The fight is stopped briefly when Kanehara eats a groin shot. They continue and Yahya managed to get another takedown late in the round.