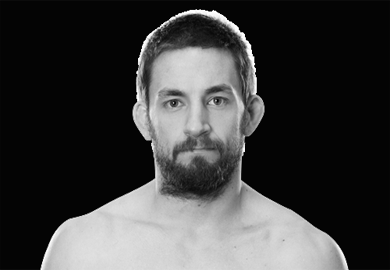 The Tristar gym product took to his personal blog to announce the news:

I would like to think that I don’t have an ego. Sometimes though, I think it might just be so big that it can’t be hurt.

I really believe in living life. I always tell people, quite casually, “follow your heart.” I don’t just say it for the sake of having words come out of my mouth, it is something that I truly believe in and do. I couldn’t imagine living my life and ignoring my true feelings and desires, just for the sake of living a ‘rational’ and safe lifestyle. That is why I quit my Ph.D. in biochemistry to move to Montreal, train full-time and make my way to the UFC.

To me, it was the only available option. What other choice did I have? To graduate, get a research job, work in a lab and never really dedicate myself completely to my passion and dream? That just doesn’t make sense. You know, my girlfriend put it perfectly. I will put my own twist on it. Imagine going on a vacation to a far off land that you’ve been planning for all of your life. You get there, and for one reason or another, you don’t get to see or experience something that you really wanted to do. You go back home, and tell yourself ‘next time…’ We all know there is no next time, usually. Now, imagine if that was the only vacation you ever took your entire life. How horrible would that be? The one trip you have ever taken, and you didn’t get to experience what you wanted to. What a waste. Now, imagine that trip was your life. Imagine never doing the things you wanted to do. Whether it is a career choice, a random hobby, a personal goal, a trip, whatever. There is always a reason NOT to do something; timing isn’t right, money, risks, doubts, etc. You can rationalize any decision you want, but rationality can’t speak to your dreams and to happiness. You can’t rationalize your way to happiness.

SO, with all that rambling, I am trying to say that I follow my heart. In doing so, I accomplished one of my goals. I made it to the UFC, signed a 5 fight contract, made an amazing debut, some said one of the best debuts in the UFC ever, and had a great second fight that I am very proud of, but ended up breaking my orbital bone and ultimately losing by submission with a second left in the round.

I am going to hold those moments close to me, because they will be as far as my dream goes. I have decided to bow out of MMA.

After my first loss, a devastating knockout where Marlon Sandro dribbled my head on the canvas like a basketball, I did lots of research on concussions. As a graduate student at the university of Ottawa, I had access to all peer reviewed scientific journals. No surprise to find that concussions = bad. However, I found something that had never occurred to me. Sub-concussive trauma. Basically, a blow to the head that doesn’t lead to a concussion. When it happens, you feel fine, and continue on. Maybe you feel like you just had a little brain scramble, nothing big. Those who spar, know what I am talking about. However these add up. They accumulate, from training session to training session, year after year. The research papers found that men who never had an actual concussion, rather only sub-concussive trauma, (they used football/hockey players) when brain scans were administered to them (can’t remember if it was mri or ct), their brain morphology was decayed like that of individuals with later stages of neurodegenerative disorders.

I told myself that if I suffered one more concussion, whether it was in training, in a fight, or just slipped and fell outside on ice, that I was going to be done fighting. Well, over 3 years later, and I haven’t suffered a concussion. I told my best friend Nick, while climbing a never ending mountain in Petra a few months ago, before I made my decision to retire, that I hope one day I will get knocked out again. Funny, I know, but it would give me a sign of a definitive concussion. I would know for sure, decisively, and be able to follow my own rule and retire. But what if I never do get knocked out again? What if for the next decade I keep training hard and competing. I get in ‘wars’ and receive tons and tons of sub-concussive blows. Wouldn’t that be orders of magnitude worse than one concussion?

In the last couple years, and especially in the last few months leading up to my May 5th fight, while sparring I would notice that when I got hit, it would affect me more and more. When I first started sparring I would run through punches unaffected. Not only that, but now training at Tristar, I am literally training with the worlds best. We are all training at the highest level, all for the same reasons. Could I fight in the UFC, against the best fighters in our solar system, literally trained killers, without sparring in training? Not really, so what was I to do? I have made the decision to retire.

Some might judge, but that is fine. Maybe I have already suffered brain injury, maybe I never would have. That is the problem with the brain. You can’t really see the injury, it will take years and decades to manifest itself. When you get rocked in sparring, you shake your head and regain your composure, and within 10 seconds say ‘ok, I’m good let’s keep going.’ But are you actually ok? You are no longer dizzy, true, but do you have any idea what physical trauma your brain has just experienced? I have told this to a few people before. I make the analogy of my love for MMA as being a drug addict- I know that it isn’t healthy for me, but holy fuck do I love it. I love MMA, and I have loved my experience with the UFC, Sengoku, and every other promotion along the way, but I am a human being first. I don’t define myself by my work, and nor should you. I am a human being, and I was born with only one brain, and I want to take care of it so that I will recognize the ones I love when I get older.

The decision wasn’t that hard to make either. Yes, I am deciding to give up a passion of mine. A passion that I have sacrified MANY friends and relationships along the way for. Instead of going out at night, or to parties or what not, I trained or stayed in to make sure I got enough sleep and healthy food for the next day of training. But in the end I know I will find other passions. I already have plans to build an earth sheltered cordwood home, it has been something I have been obsessing about lately. Which is good, since I have an obsessive personality. I have a big question mark as to what I will do for work now, as I don’t really have much desire to work in a lab research setting, but I will figure something out.

I would like to thank some people. I’d like to thank everyone at Ronin MMA. My first MMA coach, Ben Meireles. The instructors at Ronin over the years, Mark Loft, Sean Ragnitz, Phil and Karim, Felipe Heidrich, Jamie Helmer and of course my sexy friendly friend Wade Shanley for being with me all along the way. There are too many training partners over the years at Ronin, but you guys are awesomeness and know who you are. Nabil ‘the thrill’ for being a badass training partner, all the promoters that helped me out over the years, Ken Kupsch, Alex Caporicci, Nick Castiglia and Motoko. Robin Black for getting me signed to the UFC of course, and always looking out for me. Everyone at the UFC for sure, these guys are super professional, helpful and just generally great. Matt Veal for wearing beautiful banana hammocks. Bobby BKB for having a man crush on me ;). Dan Allaston, and new moon tattoo in Ottawa for sponsoring me from day one. My Montreal family, Firas Zahabi, Howard Grant, Kru Ash, Eric O’Keefe – these guys deserve all the praise they get and more. All my training partners from Tristar and Grant Brothers boxing, these guys are all killers and deserve to be on the biggest stage in the world. Of course I have to thank my family for accepting my fighter lifestyle (UG/OG shout out) and supporting my decisions. My brother Joe and sister Kim for following me around the world and watching me fight live, often loudly and drunkenly. Jen for supporting me and a pre-thank you for making me fat with all your yummy cakes and desserts! Of course to all the fans for supporting me, win or lose, especially in loss, that has been really special. Finally, a re-thanks to Wade Shanley, for being my friend along the way, and looking out for me and always supplying the grease!

I am sure I missed 100’s of people, but I don’t take anything for granted, ever, and appreciate everything big and small that was done for me over the years.

With all that said, I have some serious things to face. Like, without the UFC, is there a point to my twitter account? Stay tuned for my ninja romance book series and movies!