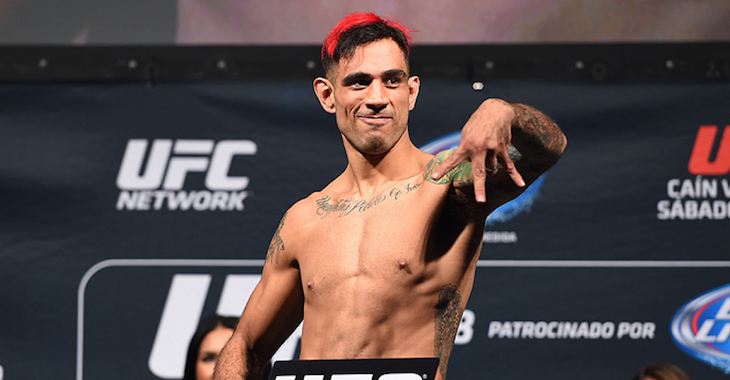 UFC welterweight Augusto Montano has failed his drug test from UFC 188, where he lost a unanimous decision to Cathal Pendred.

Montano tested positive for exogenous origin of testosterone metabolites and has been suspended a year by the UFC.

The UFC released this statement:

“The UFC has a strict, consistent policy against the use of any illegal and/or performance enhancing drugs, stimulants or masking agents by our athletes. As a result of the positive test, Montano has accepted a one-year suspension, effective from the date of the bout, for violating the UFC Fighter Conduct Policy and Promotional Agreement with Zuffa, LLC.”