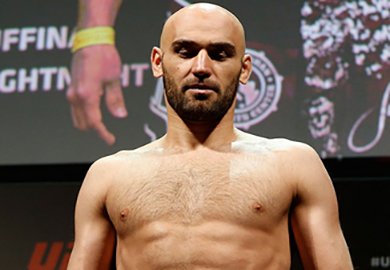 Gasan Umalatov walked into the octagon this weekend as a +175 underdog and walked out with his hands raised when all was said and done. UFC veteran and favorite Paulo Thiago could not get any momentum going his way tonight and his frustration showed throughout the fight.

Paulo Thiago looked decent when he would land first, but he never followed up with a punch or even a takedown attempt. Umalatov stayed busy and worked often enough to get the judges on his side. He never landed anything fight-ending worthy, but he did enough damage to win the fight with little to no argument.