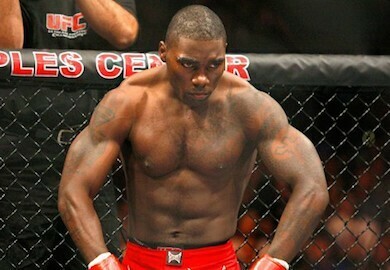 News of Johnson’s suspension comes on the heels of his ex-mother-in-laws claims of domestic abuse. (Find details on that HERE)

Through a press-release the UFC stated,

We are aware of the situation involving Anthony Johnson. As a result, we are suspending him indefinitely. We are using a third-party law firm to conduct a formal investigation and once we have more information, we’ll determine whether further course of action is necessary.

Johnson was expected to face Alexander Gustafsson in a fight that could have potentially earned him a title shot.