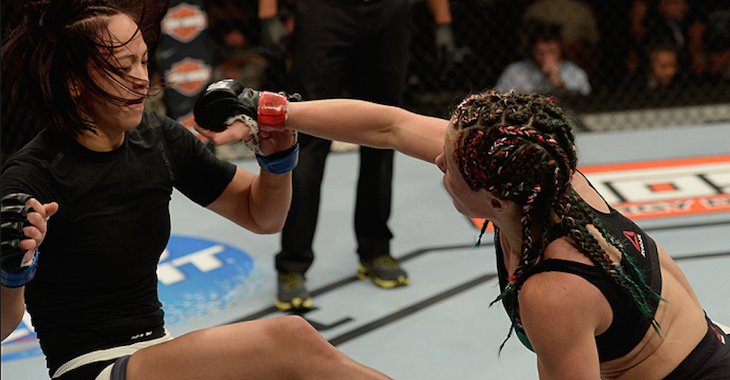 UFC strawweights Angela Magana and Michelle Waterson duked it out at Sunday’s ‘TUF 21 Finale’. Waterson ended up getting the submission win over Magana. Waterson was making her promotional debut after leaving Invicta FC, where she was atomweight champion.

After the fight, Magana took to twitter to reveal that going into the fight she had a few injures, including a rib injury. Magana took the opportunity to take a quick jab at featherweight champion Jose Aldo, who pulled out of his scheduled fight with Conor McGregor with a rib injury.

Ouch! Do you think everyone’s being a little harsh on Aldo, or is it warranted?