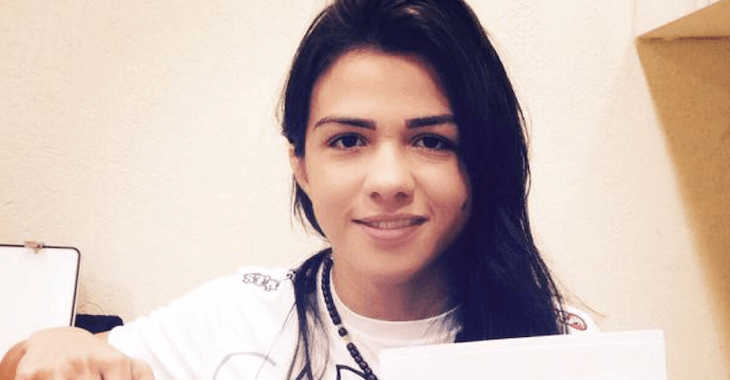 UFC strawweight Claudia Gadelha is the latest fighter to get randomly drug tested under the UFC’s new drug testing policy.

One more time being tested and always going to the game clean. That Indian blood tho.

Gadelha was expected to rematch Joanna ‘Champion’ and get a title shot but unfortunately her hand is still injured and she wasn’t going to be able to fight in time. So instead the fight went to Valerie Letourneau who will now face off with Joanna at UFC 193 in Melbourne, Australia on Nov. 14.

There’s no word on what’s next for Gadelha, but we’ll keep you updated.

One more time being tested and always going to the game clean. That Indian blood tho. 💪🏾#teamgadelha #ufc #grinder pic.twitter.com/0elo8wm5lj