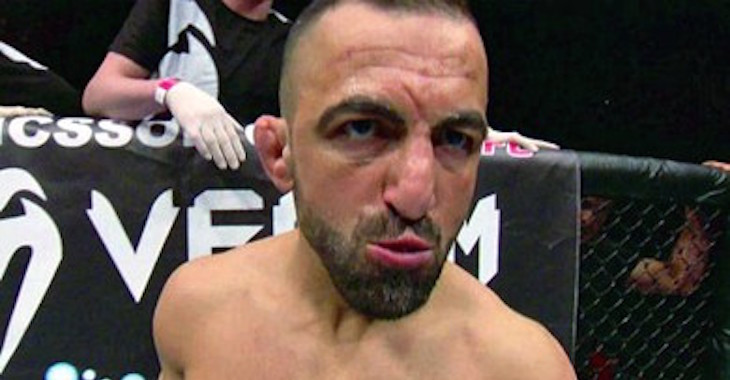 The UFC just re-signed a fighter who spent 14 months in prison for burglary.

The Swedish fighter, Reza Madadi, already has a 2-1 record with the promotion and his last fight, before going to prison, was a win against top UFC lightweight Michael Johnson.

Here’s what the fighter had to say on The MMA Hour:

“The day after, I was in some jail. They drove me in a police car and my life changed. They cut my UFC contract. I lost my job, I couldn’t see my wife when she was pregnant. I lost money. Everything. I lost everything over one night. Everything I’ve been working for 34, 35 years.”