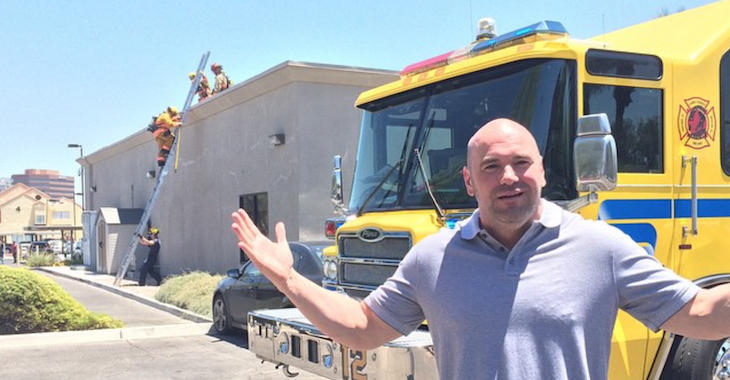 Things aren’t going so great for the UFC right now. On Tuesday news came out that Jose Aldo might be out of his fight with Conor McGregor at UFC 189 next month and now, well, now they are on fire.

According to UFC president Dana White, the promotions production building caught fire on Wednesday. Check out the picture below:

What else could go wrong?