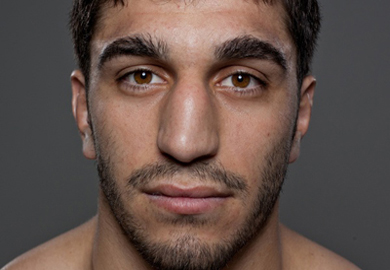 We previously reported the likelihood of the bout taking place, but the UFC has officially announced that Ramsey Nijem and C.J. Keith will be meeting in the octagon at UFC on FX 4. The event takes place in Atlantic City, New Jersey on June 22. The UFC announced this bout earlier on this week.

Ramsey Nijem made his way into the UFC through the thirteenth season of the Ultimate Fighter. Coached by Junior Dos Santos, Nijem was impressive in his exhibition bouts and showed how diverse he really is. In his preliminary bout, Nijem faced Bellator vet Charlie Rader and was well on his way to a decision victory as he was controlling the fight. Nijem capped off the fight with a rear naked choke after he secured a takedown in the second round. As if submitting Rader wasn’t proof enough that he was UFC material, he went on to submit Clay Harvison within a minute of their quarterfinal bout. Nijem made it all the way to the finals where he fell short, losing to Tony Ferguson in the first round by way of knockout. Since the loss, Ramsey Nijem dropped down to his natural weight-class (lightweight) and earned a decision victory over Danny Downes.

The undefeated C.J. Keith is set to make his octagon debut at UFC on FX 4 and will be looking to continue the momentum he has going behind him. Keith was originally slated to fight at UFC on FUEL TV 1 against Anton Kuivanen but was forced to pull out after a family emergency. Keith has been fighting professionally since September 2007 and has racked up an impressive eight victories in a row, with a majority of them being finishes.