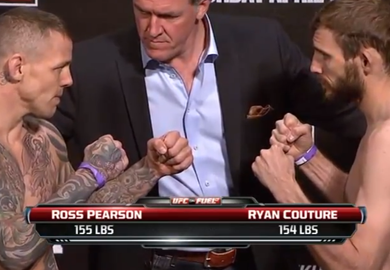 The first round saw Ryan Couture establishing control of Ross Pearson against the fence, much like many of his father’s bouts. Couture went on in the second looking to repeat what he accomplished in the first by using his footwork and eventually work the clinch.

Pearson however was the one landing the harder strikes, and he used them to stifle Couture’s movement.

With some very hard shots Pearson stopped Couture to win via TKO (Strikes) at 3:45 of the second round.