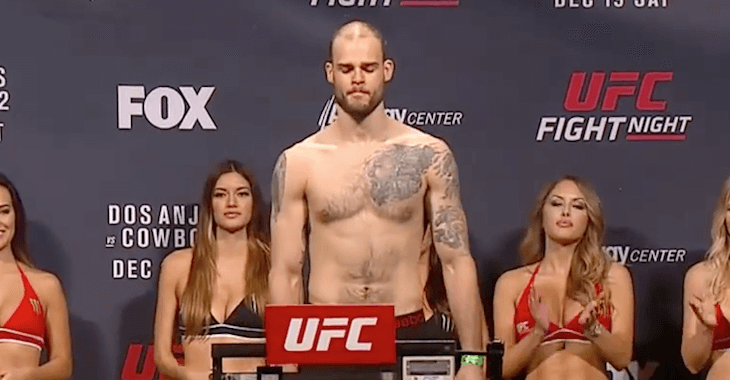 A middleweight bout between Josh Samman (12-3 MMA) and Tamdan McCrory (14-3 MMA) took place on the UFC on FOX 17 prelims.

Samman throws a leg kick to get things started but Tamdan grabs the leg and tries to shoot in for a takedown. Both fighters are working hard against the fence in the clinch position. Samman is able to score a trip and winds up in top position on McCrory. Samman is trying to land some ground and pound but McCrory uses an armbar to transition in to top position. The fighters scramble and Samman is back in top position. Back and forth ground battle with both men switching positions constantly. Round one would end with the fighters engaged in the clinch along the fence.

Samman scored an early takedown to begin round two. After another mad scramble, Tamdan was able to reverse the position and wind up in half guard. Big elbows from the top by McCrory.

McCrory begins round three by throwing a head kick. He scores a takedown and moves right in to the mount position. Violent ground and pound from Tamdan.

Tamdan McCrory defeats Josh Samman via submission (triangle choke) at 4:10 of round 3