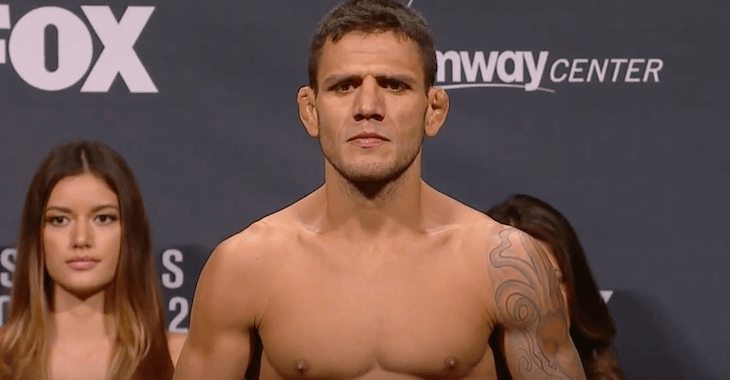 UFC lightweight champion Rafael dos Anjos (24-7 MMA) put his belt on the line in the main event of UFC on FOX 17 against Donald Cerrone (28-6 MMA).

Round 1 starts and Cerrone looks a bit more loose than he normally does in the 1st round. Dos Anjos lands a brutal knee followed by a body kick to the liver and Cerrone tenses up. Dos Anjos is landing some big shots against the cage but Cerrone’s toughness is really showing here. He manages to escape to the center of the Octagon to recover. Cerrone goes for a weak takedown attempt that Dos Anjos stuffs.

Cerrone is turtled up and Dos Anjos lands some big punches, and Herb Dean calls it.

Rafael Dos Anjos wins via 1st round TKO, and retains his lightweight title.