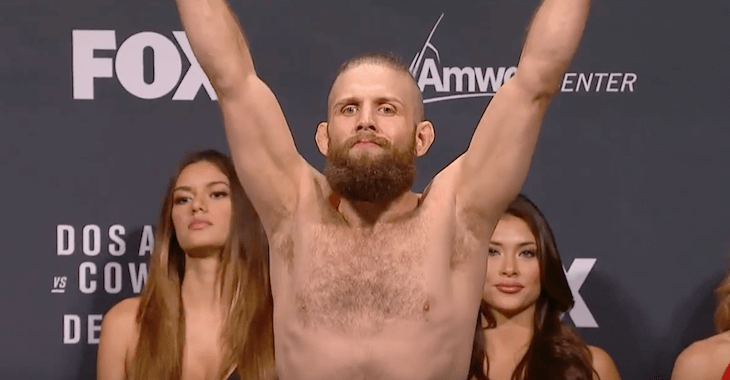 Lentz opens the fight up with a knee to the body of Castillo. Nice left hand lands for Castillo but Lentz returns fire with a body kick. Lentz grabs a hold of a guillotine choke and drops down to try and finish off Danny. Castillo is able to fight off the submission attempt and winds up in top position. The fighters return to their feet and Lentz lands a head kick. Big right hand lands from Danny to close out round one.

Castillo lands a leg kick to begin round two. Danny throws a head kick that is partially blocked by Lentz. Good body kick followed by a leg kick for Lentz. Good jab scores for Danny. Good shots land for Nik Lentz who scores a takedown. Castillo gets back to his feet but looks tired. Lentz was working on taking Castillos back but wound up getting taken down by Danny. The fighters return to their feet and start trading shots to close out round two.

Nice leg kick from Castillo to open up round three. Lentz lands a takedown but Danny shoots back up to his feet. Nik is moving forward and putting the pressure on Castillo. Lentz tries for another guillotine choke but once again it fails and Danny winds up in top position. Good knee lands for Castillo followed by a straight kick. Another takedown lands for Castillo who looks exhausted. Lentz is back to his feet and throwing punches. The fight ends and both men raise their hands in hopes of victory.