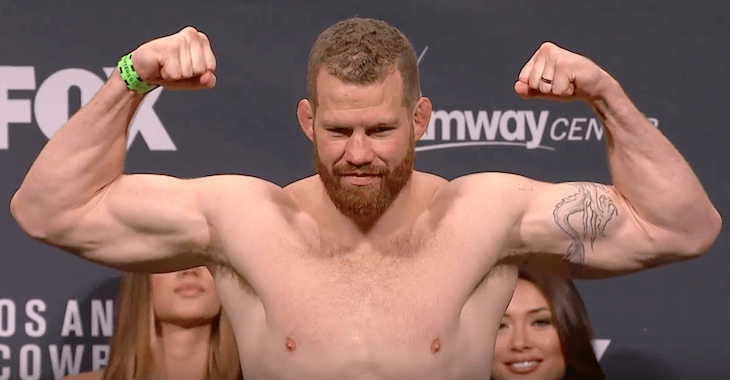 Round one begins and Dolloway starts things off by throwing a leg kick. CB follows that up with a body kick and another leg kick. Good combination lands from Marquardt. Dolloway continues to work his kicks. Nate is having trouble getting inside on the Arizona native. Big shot lands by Dolloway and Marquardt appears to be rocked. Nate comes back and lands a big right hand of his own. Dolloway attempts a takedown and then throws a head kick to finish off round one.

Dolloway opens round two by throwing a body kick. Nate returns fire with a switch kick. Dolloway is pressing forward and walks right in to a massive right hand from Marquardt. It’s all over with one punch.

Nate Marquardt defeats C.B. Dollaway via knockout at 0:28 of round 2