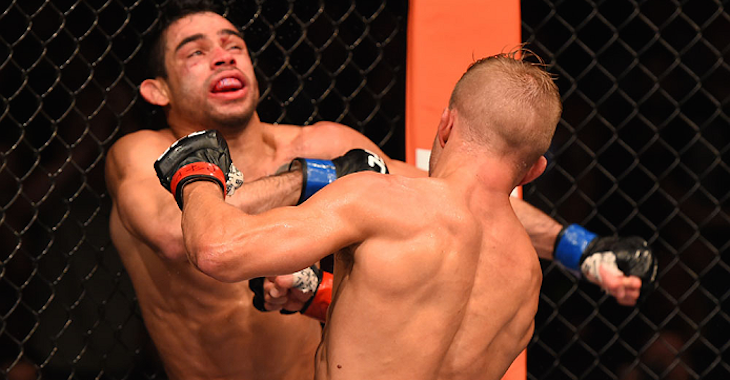 Last Saturday’s UFC on FOX 16, which took place in Chicago and featured a main event between TJ Dillashaw and Renan Barao for the bantamweight championship.

The event brought in a good amount of viewers, averaging 2.8 million for the duration of the broadcast.

The exciting championship rematch at FOX UFC FIGHT NIGHT: DILLASHAW VS. BARAO 2 that saw bantamweight champion TJ Dillashaw score a fourth-round TKO victory over No. 1-ranked Renan Barao, delivered a 1.7/4, for the four-fight main card from 8:00 PM ET to 10:30 PM ET. The show posted an average of 2.8 million viewers watching the FOX broadcast network on Saturday night, up +13 percent over last year’s comparable 1.5/3, with 2.5 million viewers, according to Nielsen. The show ranked as the top-rated sports event of the day.

The audience peaked during the final fight of the evening, garnering a 2.4/5 and 3.8 million viewers.