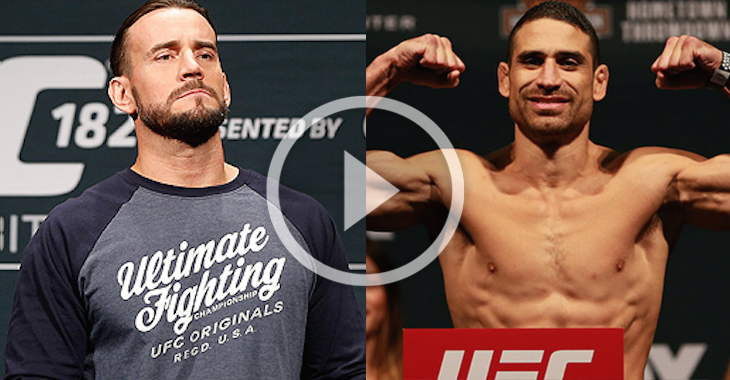 Phil “CM Punk” Brooks signing with the Ultimate Fighting Championship rubbed a lot of fighters in all the wrong ways. The fact that the octagon would be hosting Punk’s first MMA fight when he had zero experience upon his signing enraged veterans who “paid their dues” to make it to the prestigious promotion.

UFC lightweight Danny Castillo admitted he was upset when it was announced that Punk got picked up by the UFC. “I was super pissed off when I heard all of that stuff about him coming [to the UFC] and being all crazy about it,” Castillo said. “But, then I met the dude and he’s a pretty cool dude.”

Punk is not at fault for accepting the opportunity of a lifetime to achieve a dream of his. Punk may not have paid his dues in the world of mixed martial arts, but he is trying to get up to par with the men and women at Duke Rufus’ elite camp. Punk is striking with the likes of Anthony Pettis and rolling with experts like Ben Askren.

The more and more fighters and fans get to see who Punk truly is, it’s getting more difficult for them to hate on him. “I was looking for a reason not to like him just because all of the hype that’s behind him. He basically gets a free ride, but he’s cool man. He’s a cool dude. Anybody put in his situation would definlitely take that opportunity. Why wouldn’t you? He gets to do— just basically fast forwards through everything.”

Want to catch up on the rest of the last episode of Stud Show Radio? CLICK HERE!